How To Tell If Someone Is Lying

Why do people lie might seem to be a simple question, but the motive behind lying is not that simple and reveals a lot of hidden thoughts. There may be several reasons that may lead to lying and deviating from the idea of honesty being the best policy.

Some Of The Most Common Reasons Behind Telling A Lie Can Be:

We all have lied at some point in time or have been lied to. There are many signs to watch for, and you can get to know if the person is lying to you:

Usually, a person who, while speaking to you, is fidgeting or fiddling with hair is because they are not telling the truth. If this is not their normal behavior, then you get a quick signal that the person has lied to you.

A person who is lying will typically not create direct eye contact with the audience. They will look down or place a barrier in between to avoid any eye contact.

If the speaker is saying certain things that contradict his own words, they manipulate the truth.

Whenever a person is telling a lie, his/her pitch and tone of voice would not be typical. It is either higher or lower than the normal one.

Usually, people who lie would avoid getting into the details because they fear getting caught. So they leave out the details and mention just the macro points.

Pause In Between Speech

Liars would usually hesitate while speaking. They would stop in between, clear their throat, breathe heavily, or overthink while conversing with you.

Movement Of The Eyeballs

If a person moves the eyeballs towards their right, they might be telling lies, while if the eyeball movement is towards the left, it is due to thinking genuinely about some memories.

Detract From The Main Topic

Typically while speaking lies, people tend to deviate from the main topic and take the conversation in a completely different direction to avoid telling the truth.

Often people who lie in a conversation make use of sarcasm to avoid a topic. They may also resort to anger to hide the truth and usually touch their nose a lot to create distractions.

If the liar is asked repeatedly about some details, they would generally not remember all the details as it was all made up.

A reclined position to sit is generally a sign of lying. Confident people who tend to speak the truth sit upright with a straight back. The hunched position reflects insecurity, and such people are prone to lies.

This happens to convince the other person on whatever is being discussed is the truth. They try and validate the facts again and again in their minds.

Some people sweat a lot as they tend to get nervous. They develop sweat on the forehead or upper lips.

At times instead of hiding the fact, some people tend to provide a little too much information. They tend to talk too much and provide excess details.

Usually, while speaking a lie, you start breathing heavily, and the pitch of your voice changes. The heart rate goes up, and the blood flow also changes. This is all because of the nervousness that you feel while telling a lie.

Impact Of Lying On The Human Brain And Nervous System

We all have noticed that lying becomes a part of our personality slowly and gradually if we repeatedly do so. Whenever we lie, the nerve cells transmitting signals to the body’s functions generate negative emotion, and the response to these emotions fades away if we continue to lie. Our body’s response and signs result from the signals that the motor neurons of the spinal cord and other nerve cells connecting muscles and organs throughout the body generate in response to the lies that we have spoken.

So lying can be hard to detect, but these behavioral changes and indicators can help determine if the person is lying. Being vague or indifferent becomes a common characteristic, but lying is more challenging than speaking the truth. Our brain and nervous system have to exert more energy to tackle these behavioral changes. Looking for these patterns and trusting your instincts can help you quickly find out the group’s liar.

previousIs Disinfecting And Sanitizing The Same Thing?
next6 Natural Remedies Proven To Strengthen Your Immune System

The world stopped to a halt due to the novel coronavirus, its infectious and fatal nature. Eventually, parts of the country that are recovered…

We often encounter some abnormal behaviors in pets, especially when they are dogs. Dogs are one of the most sensitive animals, and they feel…

Read More »Tips To Help Your Dog Get Over Separation Anxiety 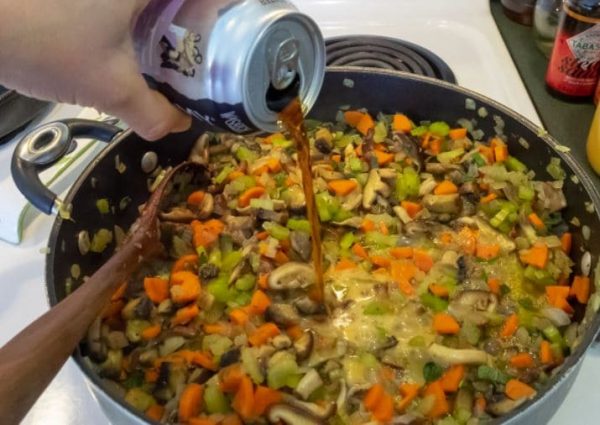 Beer is that one drink that is always on the menu, whether you are at a party, a game night, or a wedding or…