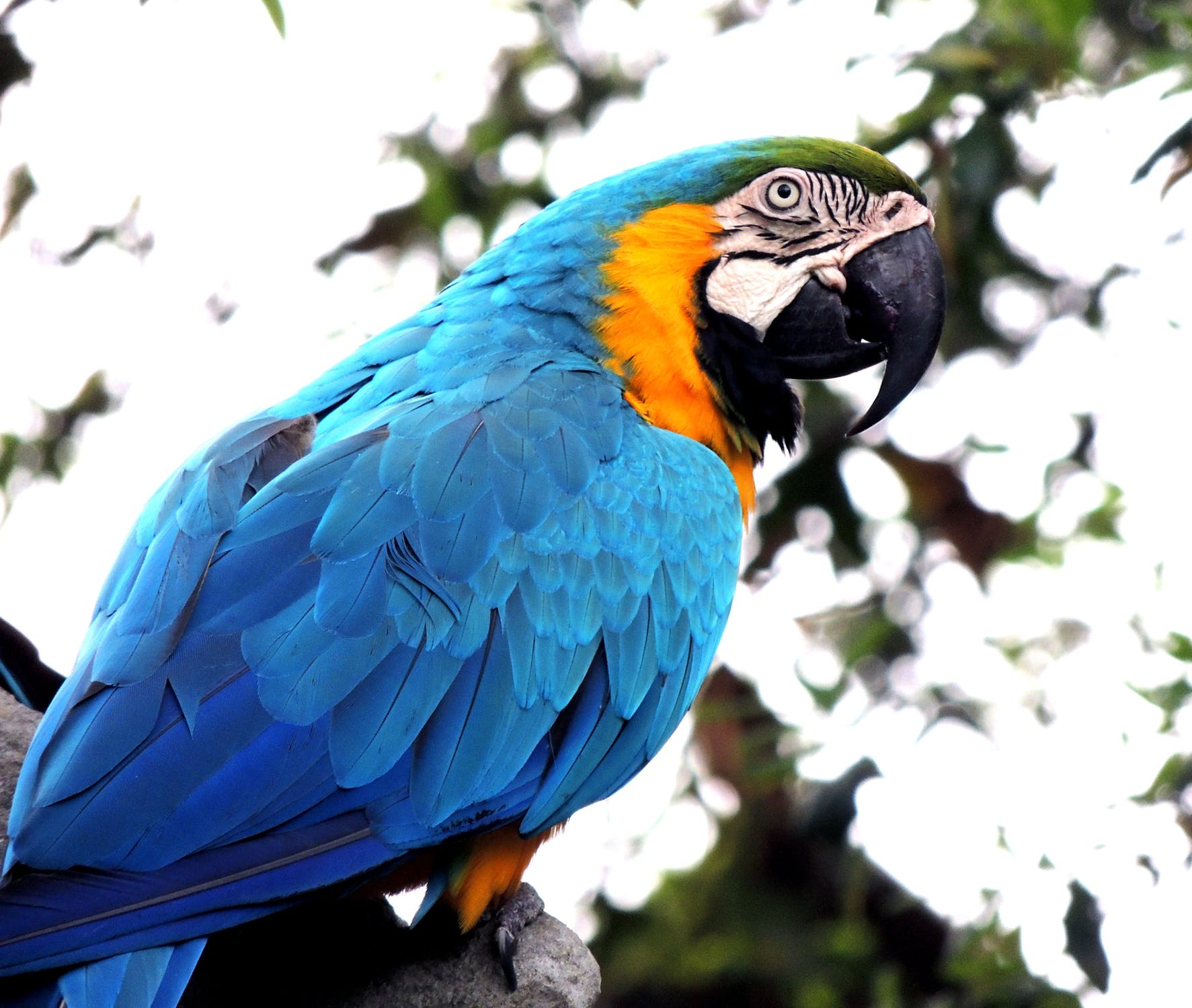 Not even our closet mammal relatives have mastered the ability to replicate human speech, but parrots have been able to do this.

A study was released in 2016 by researchers, which carried the headline: “Monkey vocal-tracts are speech ready.” According to the study, it confirmed that the vocal tracts of the monkeys are physically adept to accomplish human speech, however the issue is that they lack the brain capacity to complete this. So if that is the case, how is it possible for birds to get this done? First of all, parrots are very intelligent creatures, so get that notion of ‘bird brain’ out of your head. In nature these birds have been known to create unique songs so that their live partner will recognize them from among the many other songs in the wild. Researchers have also found that flocks of parrots have “conversations” and an analysis of their brains revealed that they can learn languages very similar to how humans do.

Not taking the brain into account for a minute, birds are undoubtedly very equipped for song. Their voice box is completely different from the human voice box, it is designed to give them more control over their vocal tracts. The syrinx is what is responsible for the birds’ incredible range, also the ability to produce two different sounds at the same time and the reason they can sing continuously. The ability to control their vocal tracts the way that they do, has resulted in some species of birds using this unique physiology to mimic. Mockingbirds have been recorded mimicking other birds and even other species of animals, like crickets and frogs. The Lyrebird has also been one to completely astonish researchers with their unique and incredible ability to imitate cameras, chainsaws and other sounds that don’t naturally occur in the wild. With all that these birds can do with they voices, the ability to mimic human speech is not that impressive anymore.

previousEVERYTHING YOU NEED TO KNOW ABOUT TIMESHARES
nextGirlfriends Of R. Kelly Defend Him – Stating No Brainwashing

Writing Styles You Should Try To Boost Creativity

Most people think that to be creative; you have to be intelligent. This is a myth. So why are so few people highly creative?…

Read More »Writing Styles You Should Try To Boost Creativity

How To Save Money When Eating Out

Most people don’t think about what they’re spending when they eat out. Most people go to restaurants and order more than they need or…

Read More »How To Save Money When Eating Out

How Did People Store Food Before Refrigeration?

What is the best way to store food? It’s a question that has puzzled people for centuries. Most of us take refrigeration for granted,…

Read More »How Did People Store Food Before Refrigeration?

Writing Styles You Should Try To Boost Creativity

How To Save Money When Eating Out

How Did People Store Food Before Refrigeration?