Teen Slang And What These Words Mean!

Thanks to the internet – mostly TikTok, let’s be real – new slang words and phrases are popping up all the time, making it hard to have a conversation with your offspring. Here’s a list of teen slang terms and their definitions. Hopefully it’ll help you better understand what your kids are saying.

Generally used to start off a story. You can call anyone a bruh but should probably reserve it to friends and not, say, a supervisor. For example: “Bruh, you won’t believe what just happened to me.”

The people you hang out with, like your family or your close group of friends. These are your “ride or die” kind of friends. If you see a squad that you admire or want to have, that’s “squad goals.”

Savage is when someone does or says something completely outrageous and doesn’t fear the repercussions or consequences of their actions. For example, if you told your friend you wanted the last cookie out of the cookie jar and then they took it and ate it right in front you, that’s savage.

People say “same” in response to things they have in common with someone. You are putting up your Christmas decorations early and don’t care what anyone else thinks? Same. But it can also be used sarcastically. For example, if you tell a friend, “OMG guys, Justin proposed,” they might respond with “same” to mock your happiness.

The person saying this is not actually dead. This phrase is used in response to something that’s so hilarious it has you figuratively dying from laughter. Also used in place of physically laughing.

There’s creative variety with this word. It can mean to throw something, said in excitement, in agreement and can also be a dance move. Take your pick. Either way, don’t yeet your baby like the woman here.

This basically means no lie. When someone adds “no cap” to a sentence, it serves as a statement that they’re not lying. It can also be used as the converse “cappin,'” which means lying. “Why you cappin’?” is asking someone why they’re lying.

There are multiple ways to have your tea. You can sip it, or you can spill it. If you’re “sipping your tea,” it means that you’re minding your own business – basically side-eyeing the situation and keeping it moving. If you’re “spilling tea” or “having tea,” that means you have some gossip you’re about to share. 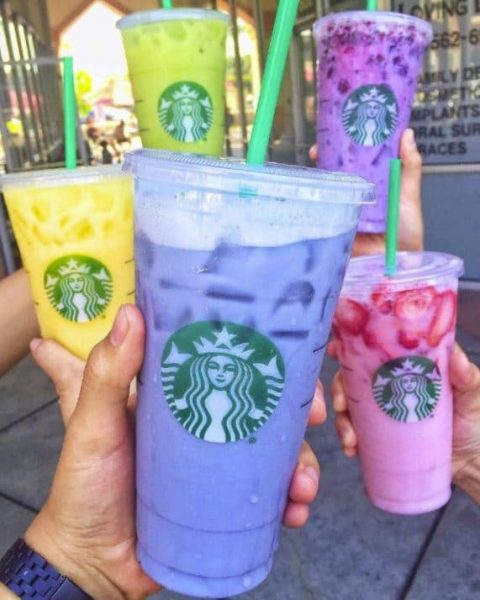 Starbucks is a very famous coffee brand all over the world. It contains many colorful drinks, hidden with great taste! You will be shocked…

How To Get Your Kids To Brush Their Teeth Everyday

Brush, brush, and brush! Sometimes, kids can be cranky and not like to indulge in this activity twice a day. What do you do…

Best Ways To Fill Up Your Pantry With Free Food

A food bank, as we know, is generally a non-profit organization that collects and distributes pantry and food items to people who are not…