Symptoms Of Having Low Iron Level 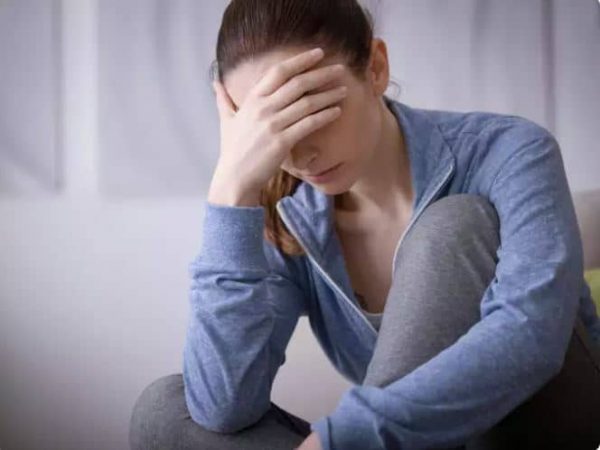 Iron deficiency occurs when your body has a low level of hemoglobin in RBCs (Red blood cells). The protein responsible for carrying oxygen to tissues is known as hemoglobin which is present in the RBCs. If the body will not have the proper amount of iron, anemia occurs.  The body needs iron to create hemoglobin, and the body cannot get oxygen properly when there is not enough iron in the bloodstream. Due to pregnancy or heavy menstruation blood loss, women who have childbearing age have low iron deficiency levels in their bodies. One of the important causes of this anemia is a poor diet, and the second is any intestinal diseases that affect the body’s iron absorption power. Doctors recommend changes in diet and iron supplements to treat this condition.

A common sign of iron deficiency is pale coloring inside the lower eyelids or pale skin. The hemoglobin present gives the red color of blood in red blood cells, making the blood less red if you have an iron deficiency. That’s why people with iron deficiency lose their skin warmth or healthy color. This paleness can be seen in one area or all over the body, which includes:- gums, inside the lips, nails, lower eyelids, and face. Paleness is common in severe or moderate cases of anemia.

Headaches are a symptom of an iron deficiency, mainly in women. It is a less common symptom than others and often occurs with dizziness.

The relationship between headaches and iron deficiency is still ambiguous. When your brain does not get enough oxygen because of the low level of hemoglobin in RBCs, it results in swelling of the blood vessels in the brain, causing headaches and pressure. Although there are many reasons for headaches, frequent and recurrent headaches are a sign of iron deficiency.

One of the common symptoms of iron deficiency is unusual tiredness. People who do not have enough iron have this symptom. With a low hemoglobin level, less oxygen reaches the muscles and tissues, depriving them of energy. Tiredness has also occurred because the heart has to work harder to move oxygen-rich blood to the body. It’s challenging to diagnose anemia with this symptom only because tiredness is considered a normal part of a busy schedule in this modern life. However, many iron deficiency people experience weakness, low energy, and feel cranky.

Damaged dry skin and hair are another sign of iron deficiency. In iron deficiency, the level of hemoglobin in the blood reduces, which results in the reduction of oxygen availability to cells, which causes hair growth. When hair and skin don’t receive enough oxygen, they can become weak and dry. Every day while brushing and washing, it’s normal for some hair to fall, but if there are clumps or much more than usual, it might be possible to have an iron deficiency.

Since your body is not getting enough oxygen due to an iron deficiency, you might have trouble breathing doing everyday activities such as walking. In this case, the breathing rate will increase as the body tries to get more oxygen. You could blame iron deficiency if you find yourself out of breath while doing normal daily tasks like climbing stairs, walking, or working out.

Swelling And Soreness Of The Mouth

Spoon-shaped or brittle-shaped fingernails are a much less common symptom of anemia. This situation is called koilonychia. Brittle nails, which can easily crack and chip, are the first sign. And later on, spoon-shaped nails occurs where the edges are raised and middle areas dip, which gives its appearance just like a spoon. But this is not a too common symptom and appears only in five percent of people with iron deficiency. Usually seen in severe cases of iron deficiency anemia.

Restless leg syndrome is a strong urge. Your legs can feel a strange and unpleasant itchy or crawling sensation. It makes sleeping difficult, meaning that it is worse at night. Although the link between these two is still not fully understood. Around twenty-five percent of people with anemia have restless legs syndrome than the average population.

The Complication In Iron Deficiency

Complications do not come in mild iron deficiency, but when anemia is neglected and left untreated, it can become severe and leads to various health problems. Among those problems, some of the excruciating issues include a problem during pregnancy, heart problems, and growth problems in children.

You should add the following food to your diet chart to prevent or treat iron deficiency:- dried fruits, red meat, leafy vegetables, nuts, or iron-fortified cereals. In addition to this, vitamin C helps in absorbing iron. You should take vitamin C in the form of citrus fruits or a glass of orange juice with an iron supplement.

Iron deficiency is a common type of deficiency. People suffering from anemia will experience obvious symptoms. It often depends on the severity level of anemia. Some common symptoms and signs are pale skin, tiredness, shortness of breath, and damaged and dry hair and skin. You can treat iron deficiency easily through iron supplements or an iron-rich diet in many cases.

Caffeine is the most common stimulus or psychoactive found in cacao plants, tea, and coffee worldwide. You can also find it in many energy…

We all are aware of the benefits of drinking plenty of water. It’s no mystery drinking water has proven to improve your skin health.…

Must Have First Aid Kits For Babies

Even though none of us wish for it, you must have a medicine kit at home for emergency use. Otherwise, you may need to…

Read More »Must Have First Aid Kits For Babies